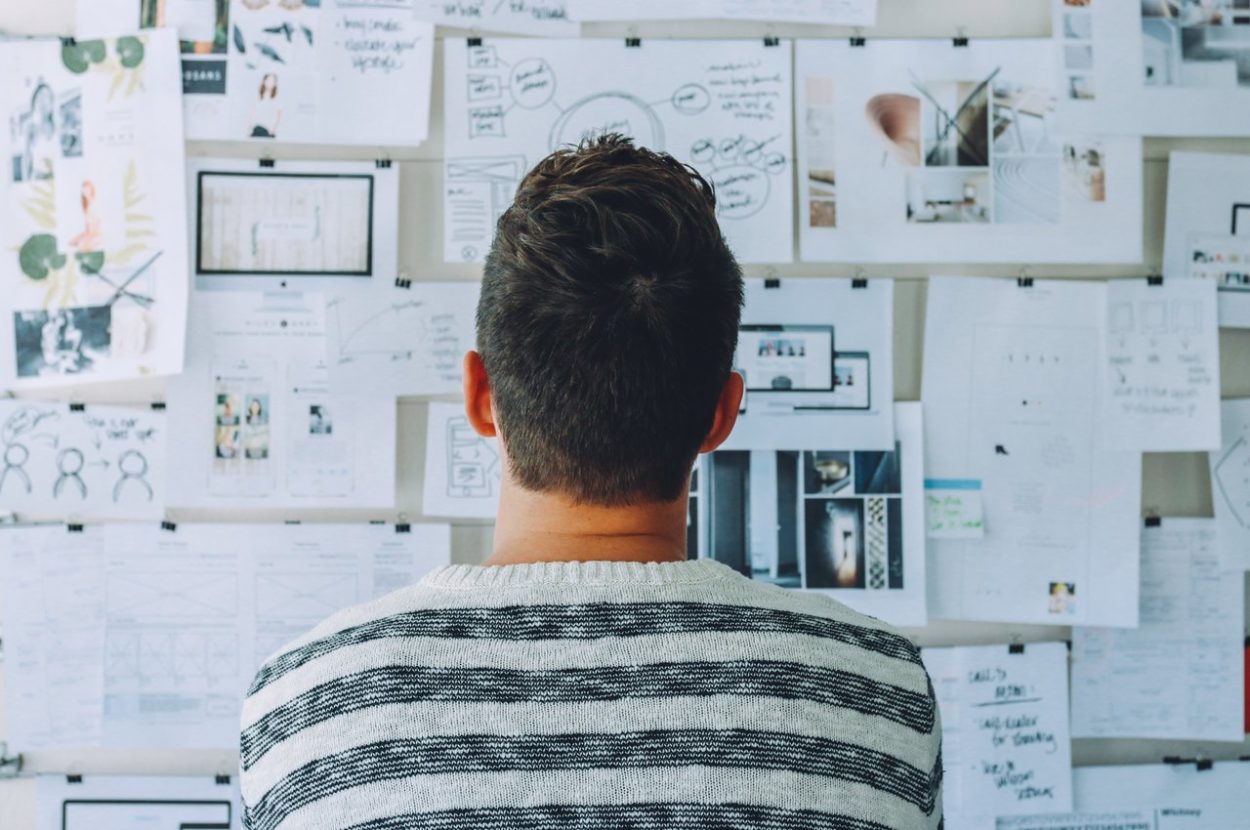 Nearly 14 trillion. That’s the number that I want you to focus on for a minute. It’s a big number, isn’t it?

What’s this number mean? It’s not the population of the world (there are about 7.5 billion people). It’s also not Facebook’s total revenue in 2019 (which was just over $70 billion).

The $14 trillion that we are talking about is the total consumer debt in the United States of America.

Americans have spent $14 trillion that they don’t have.

Too many people are not living their optimal lives because they maintain bad habits, move too fast and believe what they are told.

Now, consider this number: $240 billion. That’s the total amount that companies spent on ads in the U.S. in 2019 alone. And, that’s an increase of $17 billion from the year before.

Though wildly different numbers, they are also very closely related. Businesses spend billions of dollars to get their message in front of consumers. The goal? Get consumers to spend money.

Marketers and ad agencies do this through:

There are a bunch of reasons why we’ve amassed almost $14 trillion in consumer debt in the country. Irresponsible spending. Earning more money. Cheap availability of credit. First world privileges.

But, here’s the deal. If we keep on this path, we’re going to spend ourselves into destitution. Even though the economy is doing super well right now, a lot of us are not building wealth. We are simply collecting more stuff. Stuff that depreciates over time.

And, this stuff builds weakness and dependencies within each of us that destroys our internal constitution, and as we saw during the financial crisis of 2009, these things tend not to end well.

What happened in 2009? It was the worst recession since the great depression. Almost 9 million lost their jobs. Households shed over $19 trillion in wealth. And, those who lost the most were victims of the “culture of more” that runs rampant in the first world.

More power. Bigger homes. Faster cars. Larger boats. Always more. Bigger. Faster. Larger. It’s a wicked cycle, and it systematically carves weaknesses into our financial lives, making us more prone to suffer the most during recessions, job losses or unexpected expenses. The culture of more is weakening the fabric of society.

How do we stop this tide?

In 2020 And Beyond, Learn To Be Skeptical

Human beings are vulnerable to all kinds of information, and naturally, we want to believe the things that we are told. We never want to think that everybody is lying to us, do we?

“Discriminating between reliable versus unreliable sources of information is a difficult task that requires vigilance and effort,” writes Doctor Emanuel Maidenberg in Psychology Today.

For most of us, we believe what we want to believe, and “our attention will be focused on information that is consistent with our established point of view“. It happens all the time. We see. We lazily process. We move on. Most of us just aren’t skeptical.

But when we accept that certain things are true, or we let ourselves become prey to feel-good messaging, clever advertisements or our own emotional weirdisms, we let our guard down.

We become less and less skeptical.

Most of us don’t internalize upgrading our phones every other year (or even every year). We do it because we want the new features, or our friends already have those phones and we want to keep up.

Or, we form an emotional attachment with the actor in the television ad who just bought himself a new convertible right before summer as the temps warm up, sun breaks through the clouds and we reward ourselves for enduring another long winter.

You know, because we deserve it.

We buy those expensive concert tickets (that we may or may not use) NOW because in five hours, those tickets will be even more expensive – FOMO-style. We watch the clock tick down.

We must buy, because the deal is just “too good”.

Being Skeptical Rebuilds Our Guard and Puts Us In Control

Skepticism means we don’t assume that things are always either true or false. We don’t blindly accept what we’re told, but we also resist the temptation to dismiss it out of hand.

Instead, being skeptical means we are using our heads.

We take the information around us – be it a conversation with friends, an advertisement on television or even just conventional wisdom, and we use that information as a data point.

Then, we push that data through a “Skeptical Filtering Process” for further analysis. We might reject some information quickly, but most of what we’re seeing will be absorbed and processed further. The goal is to turn that data into wisdom.

The bread and butter of our “system of skepticism” comes during the filtering process. This is when the rubber meets the road.

In this process, we ask questions and make statements to cut through to what makes sense for us, like:

The process will look different for everyone.

Naturally, each of us will ask questions and make statements that are appropriate for us. The important element is to work through this process. All the time. Make it a habit.

Use These Three Keys to Make Skepticism Work For You

Back when I worked a full-time job, one of my CEOs said to me, “Steve, you really piss me off. You play devil’s advocate with every one of my ideas, and sometimes, you’re right. But, not always.”

After all, the goal isn’t to piss off the people around you or become one of those annoying cynics. The goal is to add intelligence to your life by building and maintaining a guard against conventional wisdom that doesn’t work, advertisements created to extract your hard-earned money and the endless news/politics cycle that distracts you from achieving success.

Key #1: Skepticism isn’t just about calling B.S. or being a cynic

Skepticism isn’t the same as cynicism, being a negative person or one of those contrarians. You aren’t required to disagree with everyone or assume that everything you hear are lies.

That’s not a healthy way to live.

Skepticism is more akin to “trust but verify” than it is cynicism. It involves a careful consideration of the information you’re given and matching that up against your own personal goals, observations and what you know to be true about your life.

Understand that what’s true for you may not be true for someone else, and that’s okay. In fact, these kinds of differences are what make life organic and interesting. Embrace them.

Instead, through a process of trial and error, they test and confirm the world around them. They watch commercials with a well-honed filter that keeps them from spending money on things they don’t need.

But on the other hand, they will gladly spend cash on those things that have demonstrated a direct and tangible effect on their lives.

Skeptical people take all advice with a grain of salt. People generally mean well, but that also doesn’t mean their advice will be appropriate. Skeptics might give the advice a shot but with no pre-conceived notions that it’ll work.

Simply, skeptics try. If it doesn’t work, they try something else. If it does work, then they keep doing that thing until it doesn’t.

Most skeptics reject the risk of certainty.

In other words, humans tend to ignore and shun things that don’t fall neatly in line with what we believe to be true. And when we do that, we lose the element of curiosity. Of experimentation.

And, we stop learning.

The truth is there’s nothing wrong with changing your mind when convincing evidence presents itself. We do this all the time.

Those of us who learn the most also challenge ourselves.

For instance, when I was in my early 20s I bought a Corvette. It was my dream car. I upgraded it. I drove it. I felt like a million bucks when cruising down the road in one of the fastest and loudest cars around. For a while, it was a source of happiness.

But through the power of being skeptical – yes, even skeptical about the things that I had already believed, I eventually realized that car no longer provided the happiness it once had.

It was becoming a money pit, and I sold it.

At one point, I was certain that car was the source of happiness…until I was no longer as certain. Maybe it wasn’t that fun any longer. Maybe my level of happiness with the car had run its course.

Maybe it was time to move on.

You do yourself no favors believing that you have everything figured out and that you’re certain of the world. Of how things run. What works and what doesn’t.

And, about what works for everyone else.

Use Skepticism to Improve Your World And Life

Being skeptical doesn’t mean that you’re distrustful of the world. Instead, it means that you don’t take the world at face value. You filter data around you and turn everything into wisdom.

You trust but verify.

You also give yourself the time it takes to fully process the world around you. Constant rushing detracts from skepticism because we don’t have an opportunity to run our mental filter. And when that happens, things slip through the cracks.

And, we fall prey to sales tactics that are deceptive, news designed to pull at our emotions and advice that simply isn’t right for us.

Do you consider yourself to be a skeptic? 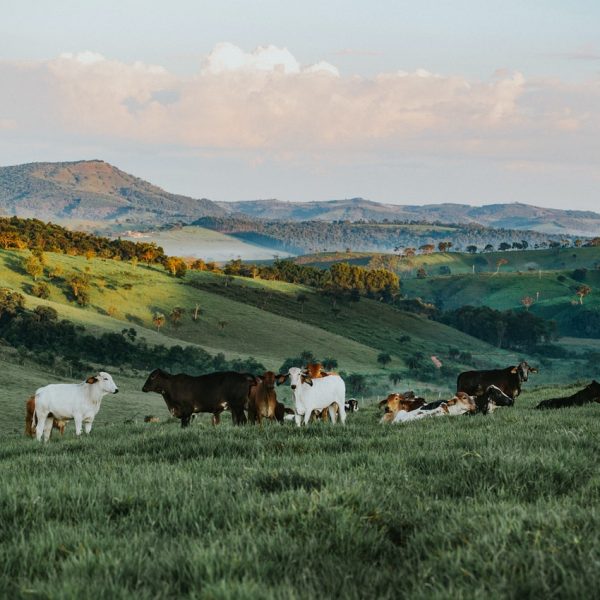 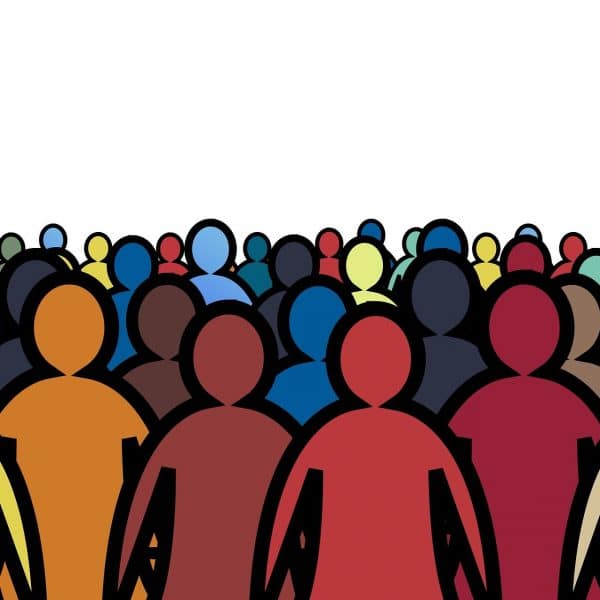