I was in the fourth grade. And as kids tend to do, I was in one of those moods. I challenged a kid to a fight after school in the gym.

This kid, who’s name was Nick, was supposedly a black belt in Taekwondo — a martial art focused on kicking. Head kicks. Spinning kicks. Jump kicks. Things like that. And me – who had no training in fighting whatsoever, challenged him to a fight. Yup, that was me. I was that kid.

But, here’s the thing. I was joking. I had a smile on my face almost the entire time, but I sounded serious. Who cares if I had no martial arts experience? Or, who really cares that I’m not a natural fighter, to begin with.

The rest of the day passed as it usually did. After school, I went home and sat at the dining room table and finished up some homework.

Then, the phone rang. It was Nick.

My mom picked it up, but Nick didn’t ask to speak to me. He wanted to talk to my mom.

“No. Absolutely not,” she said.

The curiosity began to build inside me. I didn’t know it was Nick who was calling at the time, but I could clearly tell my mom was frustrated. Then, she asked Nick “What does fighting solve”?

I started to put the pieces together. Did Nick actually take me seriously? Did he think that I was legitimately challenging him to a fight?

He did. And apparently, he asked his folks if he could fight.

They told him sure, so long as my parents would sign a contract stating that Nick and his family wouldn’t be responsible for paying any medical damage that resulted from the fight.

First, WTF? What kind of example are you setting for your child by letting them fight, provided no financial responsibility was on the line?

But, here’s the bigger learning experience from that day:

Nick found our phone number and took the initiative to call up my parents and ask them to sign a contract so he and I could fight, with the full and complete blessing from his parents – so long as we wouldn’t sue for medical damages if he kicked my ass (which he would have).

Your Words Mean More Than You Think

I learned two things from this situation: First, I learned that we aren’t all raised equally. In my family, there’s no way my parents would have given me the okay to fight, regardless of the situation (defending myself was another matter, of course). Ever. They would have yelled at me for even asking.

Willingly entering into a fight was never an option. But for Nick, apparently, it was – again, provided no financial responsibility.

The second thing I learned was how powerful our words truly are.

Nick thought my “challenge” was a serious one. Even through the glaring smile on my face, he took me seriously because my words were clear and direct: I wanted to fight the kid. I was challenging him.

We even agreed to a location (the school’s gym).

And moreover – Nick actually took the initiative to ask his parents, found our phone number and called my parents to ask for a contract. He thought I was THAT serious.

In life, I’ve observed an interesting trait among some people: They have a distinct inability to understand how their words (both spoken and written) come across to other people. These people never seem to learn, either.

Obviously, we know what we mean. Our words are clear in our heads. We aren’t really angry. We’re just direct.

We might be blunt, but that doesn’t mean we aren’t respectful (at least in our own minds). Who wouldn’t understand exactly what we mean?

Our one-sentence reply didn’t mean that we were angry; we were just running out the door at the time and wanted to get the email out quick.

Whatever it is, other people won’t automatically grab the context of your words. They don’t know you’re having an especially bad day that has nothing to do with them. All they see is your one-word answer to their well-thought-out, five-paragraph email asking for advice.

It’s true that the best communicators are well-spoken. They deliver their message objectively, forcefully but also politely. They are clear and unequivocal. All the textbook crap applies.

But, effective communicators also do something else that puts them head and shoulders above the rest of us: They understand their audience.

I’m not just talking about speakers. Or, about giving presentations in front of a group of people. I’m referring to general communication. Everyday dialog. Your interactions with other people. The emails you send.

The best communicators don’t assume that the context of their words comes across as clearly as if they were standing in the same room. What separates effective communicators from the rest of us is the ability to put themselves into the position of the other person (or group of people).

They mentally ask themselves:

That fourth-grade experience with Nick taught me from an early age how important it is that we communicate clearly and directly and understand the perspective of the other person. Our subconscious thoughts don’t necessarily come across in our spoken or written words (and that’s a good thing!).

That makes it especially important to be clear communicators. Polite, firm but also reflective. Once we can accurately perceive how our audience will receive our words, that knowledge instantly opens up the perfect avenue to craft the perfect email. Or speech. Or reply. Any communication.

…or, in other words:

Don’t jokingly challenge someone to a fight only to have that person call up your mom and ask them to sign a contract absolving them of any financial responsibility, leaving your mom to wonder what the hell you’re actually doing in school and why you’re dumb enough to ask a trained fighter to kick your ass as if you’re a masochist or something.

That generally doesn’t work out too well for most of us. 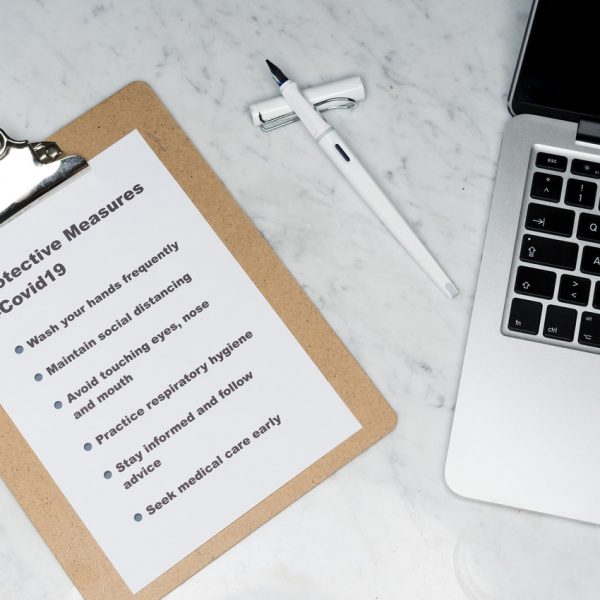